Investigators Journey Into The Paranormal 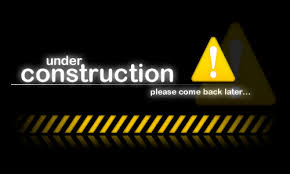 Equipment we use whilst on loaction

Digital camcorders are great for recording orbs and light anomalies and any other strange events. Ideally your camcorder should have night vision or super night vision, a built in light and a microphone. We have found that digital camcorders from the Sony Handycam range are ideal. Always carry a spare battery and plenty of tapes for your camcorder when out on an investigation. A tripod is also recommended.

EMF Meters
EMF meters detect the electro-magnetic fields oftentimes associated with ghosts and haunting activity. But, don't be fooled into thinking that EMF's are exclusive to the paranormal. First, before you run screaming "GHOST!", the possibility of an electrical source must be ruled out. Appliances, televisions, digital alarm clocks, power lines, etc. all emit EMF's while in use. To get a feel for your EMF meter, we suggest you begin by scanning your home. Put it close to the T.V. set while it is both on and off. When you get a reading, scan to see actually how far the EMF extends away from the set itself.
When scanning for ghosts, don't just hold the device in your hand. Put your detector into the area you wish to scan. Be sure to scan headstones, chairs, couches and other sitting surfaces, corners, closets and anywhere you think a ghost might go. Move your meter in all directions while scanning. For example, don't simply put it in a closet momentarily, scan the closet top to bottom, left to right.

Digital Voice recorders
Use of a digital voice recorder is recommended. If using analogue equipment, try and use a recording device that has a microphone separate from the case. Microphones that are in-frame tend to record noise generated from internal motors and turning wheels. A detached mic will significantly minimize this type of unwanted noise. Place your recorder in an area where haunting activity is suspected to occur and when no people will be present during recording.

Infrared Thermometers
If you intend to take temperature readings at an investigation, consider a digital thermometer. Not only do they keep a memory of the highest and lowest monitored temperatures, most come equipped with alarms and take measurements several times a minute. The alarm feature is especially helpful in letting you know when sudden and drastic changes occur and allows you the convenience to focus your attention elsewhere. A more expensive option for instant temperature measurements are the new infrared laser scanners. A point-and-shoot device that detects temperature differences using infrared technology.

Torches
There is no doubt that your investigations will sometimes include dark foreboding places. Cemeteries, old buildings (without electricity), battlefields and the like will all require a portable light source.

Compass
If you cannot afford an EMF meter initially, you can use a compass to detect magnetic fields. A ghostly anomaly will usually tilt the needle at least 30 degrees off Magnetic North. Again, be sure to rule out a possible electrical source.

Motion Sensors
Try leaving an Infra Red Motion Sensor in an area where there is suspected activity. This will quickly alert you to any movement detected in that area allowing you to get there fast to investigate. Be sure that everyone attanding the investigation knows the location of the sensor to prevent accidental activation.

Trigger Objects
Try using trigger objects in areas where there has been reports of things being moved. Lay down a piece of paper, select an object ( ornament, wooden cross etc), lay the object on the piece of paper and accurately draw round it with a pen. Leave the area alone for a while and then return to see if the object has moved. Be sure to alert everyone on the investigation to the whereabouts of any trigger objects to avoid accidental movement of the object. You can also use an Infra Red Motion Sensor in conjustion with the trigger object, this will alert you to any movement. Try taking photographs of the object before you leave.

Two Way Radios are recommended if the investigation involves splitting in to teams. This way you can easily communicate with the other team. Scan the channels to ensure that your are not encroaching on any other radio users in your local area. Check that all radios are communicating on the same channel before commencing.

Note Pad
It is wise to record your experiences at an investigation. With a pad and pen you no longer need to rely on the faulty human memory. A good alternative to a note pad is a compact personal recorder to save you  time... Time normally spent writing.

Batteries
Often batteries mysteriously lose their power at an investigation. We recommend you bring at least one extra set of batteries for each piece of equipment that requires them.